What we mean by the term “rape culture”

I’ve recently been watching a Netflix series called Hemlock Grove, and while there are several moments in it that make me cringe and wonder if I really want to subject myself to it, one in particular stands out. The next paragraph is a spoiler, for anyone who hasn’t watched it yet.

It’s a scene in which Roman—one of the two viewpoint characters—is devastated about his best friend and cousin having sex, so he goes to find a girl who propositioned him earlier. They start to have sex, but he then insists upon tying her up. She’s been having a good time, and she goes along with that. Then he gets more aggressive, manhandling her and yelling at her to tell him he’s “ugly” (because Roman has issues). She becomes frightened and struggles to free herself, begging him to stop while he hammers into her. Then, when it’s over, he uses his psychic abilities to make her forget it ever happened.

Someone on the IMDB forum asked, “Why does everyone make such a big deal out of the rape scene?”

What’s even more disturbing than the fact somebody felt the need to ask a question like that is that the majority of those who responded didn’t get it either. They insisted that, since she’d been okay with having sex with him to start with, it couldn’t be rape! The fact that she gets frightened and begs him to stop doesn’t factor into their opinion. Apparently, once a woman gives consent, it can’t be taken back, no matter what the man does!

There were some who pointed out how absurd—and wrong—this idea is. But it seemed clear to me the majority simply didn’t believe it was “rape,” unless a person being forced to have sex against her (or his) will if she (or he) instigated the sex.

This is just one example of what we call “rape culture”—the prevalent belief that rape is “no big deal.” The belief, by both men and women in our society, that consent isn’t really important, as long as the victim isn’t seriously injured or “probably enjoyed it.” You might recall an incident in the news several years ago in which some high school students undressed an unconscious girl at a party and posted photos of them inserting objects into her vagina. Even newscasters were defending the boys, because it was just “a prank,” and they didn’t “really hurt her.” Never mind how traumatized she was when she discovered what had happened. She was making a “big deal” over nothing, people insisted. (I also feel compelled to point out, there are tons of photos online of young men being stripped by their buddies in college when they’re passed out drunk and having things done to their genitals. But this is considered even less worthy of note—except that most of us find it funny.)

It’s difficult to define sexual boundaries in a society where this behavior is considered acceptable by a large percentage of the population. It wasn’t until 1991 that a man forcing his wife to have sex with him against her will was even legally considered “rape.” Before that, the law in this country supported the idea that a wife was required to have sex with her husband, regardless of her feelings. And sadly, the idea persists among the general population. Donald Trump’s special counsel recently declared, “You cannot rape your spouse.” He was wrong, on a legal level, but the true tragedy of that statement is people still believe that.

We’re having a very hard time convincing everyone in our society that sex needs be consensual. Always. There aren’t exceptions.

Why is this so hard to fathom? 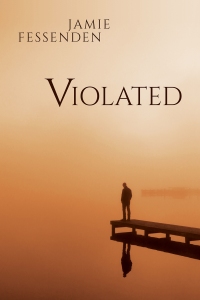 Derek Sawyer thinks he has it all—a high-salaried position, a boyfriend, a dog, even a new cabin on the lake—until a business trip with his manager and best friend, Victor, shatters his world.

One night of drunken horsing around in their hotel room leads to the most intensely personal violation Derek has ever endured. As if the humiliation of working under his attacker every day isn’t enough, Victor reports Derek for sexual harassment. Now he’s without a job, without a boyfriend, and the mortgage on the cabin is due.

Officer Russ Thomas has worked with rape victims before, and it doesn’t take him long to sort out the truth in Derek’s tale. With his support, Derek finally reports the crime, months after it happened. But restraining orders and lawyers further Victor’s anger toward him, and even though a relationship develops between Derek and the policeman, Russ can’t be there to protect him all the time.