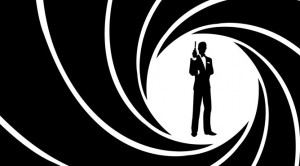 I study Russian as a hobby these days. I used to take classes in it in college, and not only was the language interesting in and of itself, but my classmates were terrific. There were only eight of us, and we formed a Russian club. We put on dinners of Russian food and got together to study Russian obscenities when nobody was looking. We were a disparate group—Sandy, the former cheerleader who was rushing a sorority; Steve, a jock who was, frankly, gorgeous; Troy, who was pretty much a nerd (no offense, Troy, you were a great guy), and others I no longer remember so clearly. Then me. I was a nerd, too. But we were united by a common interest, and we had a lot of fun. Sadly, as we moved into our second year, we all found other friends and the Russian club drifted apart.

But over the years, I’ve been frustrated, trying to recall words and phrases from a language I once knew at least a little of. It was nearly gone, when my husband suggested I could take a class in it. I couldn’t find any classes (apart from spending a small our retirement savings on Continuing Ed through UNH—don’t even get me started). But I did discover tutors who were local.

So now I go to Barnes & Noble once a week to study Russian with Natasha* for an hour. She’s from Russia, and Russian is her native language, so I know when she corrects my accent she isn’t steering me wrong. And bit by bit, it’s coming back to me. In fact, I suspect I’m already moving a bit past where I left off in college. Of course, from Natasha’s perspective, I’m about the level of a talking monkey. (“Today… it is… warm.”) Fortunately, she’s lived here a long time, so her English is perfect.

So you’re probably wondering about the James Bond logo. That’s because I was recently asked to write a short story for an athology, and my theme was mercy. I agonized over it for a while, and then while I was re-watching the old 1964 Jonny Quest cartoon series, I had an idea: what about a secret agent during the cold war whose mission is to assassinate someone, but he can’t?

This, not surprisingly, led me to James Bond. But Rex Colby, secret agent, isn’t exactly James Bond. He’s a former US Navy man, trained by the CIA to infiltrate the Russian military. He might have shades of Mack Bolan in him, though I haven’t read one of those novels since I was a kid. Colby speaks Russian without a trace of his native Texas accent, and is the perfect man to go onboard a top secret Russian submarine in search of an American scientist who defected to the USSR with the advanced long-range sonar he was developing.

It was an interesting idea, and it might even allow me to drop in some Russian. I love doing that!

When I mentioned this to Natasha during last week’s tutoring session—”Я пишу рассказ об американском шпионе на российском подводном лодке.” (I am writing a short story about an American spy on a Russian submarine.)—I was expecting her to react to it. I was hoping she’d be amused. At worst, I was afraid she’d be offended. After all, the Russians (Soviets) are the enemy in stories like this.

She looked at me calmly and said, “Лодка is feminine, not masculine. It would be российской подводной лодки.”

* In case it isn’t obvious, I’ve changed all the names in this post. I’m no fool.