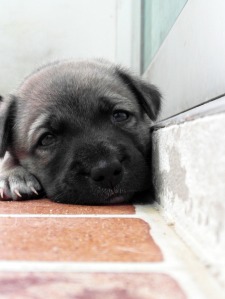 I’m sad to report I’ve had to break away from Dreamspinner Press. The publisher has been having financial difficulties for a while, and over the past year, authors haven’t been receiving their royalties—at least, not consistently. I still hold out hope that they’ll get things in order and return to being the reliable press they’ve been for most of the decade I’ve worked with them, but the hit they’ve taken to their reputation means it’s in my best interest to step away. The last book I had released through them (Small Town Sonata) sold very badly. It could be the book, of course, but there are a lot of factors to consider. Many readers are boycotting DSP books and a lot of review sites won’t review them.

This is not going to turn into a rant about how hurt I am or how betrayed I feel. I’ve been in the corporate world far too long to view this as anything more than a company that took too many risks and ended up suffering a serious shortfall in revenue. They tried to act as if everything was fine for a while, as most companies in this situation do, because if a company is honest about their finances falling apart, they start a mass exodus, which turns “financial trouble” into “bankruptcy” very quickly. I’ve seen it happen many times. I don’t like it, but it’s the way businesses tend to operate. Many authors feel they’ve had their royalties stolen. I don’t see it that way. I see it as my royalties haven’t been paid yet. I still expect to be paid, eventually. The only thing I feel about the situation is sad. I was with DSP for a long time, and my experiences publishing through them were generally very good.

My biggest concern right now is getting my books to readers. I’ve just pulled 20 novels and novellas from publication, which means a good percentage of the links in that side panel are now invalid. I plan on submitting my YA novels—Seidman and the Dreams of Fire and Gods trilogy—to agents. There’s no reason they can’t be published in the “mainstream” YA market. YA agents and publishers are starting to embrace LGBTQ characters.

I might submit some of my adult novels/novellas to other publishers, such as Beaten Track Publishing, since I have a book with co-author F.E. Feeley, Jr. coming out through them this spring. Most, I think, will be self-published. But that will take time. I have permission to use some of my cover art, but I’ll have to commission new covers for many stories.

In some cases, I might do a little rewriting. Readers almost unanimously hated a particular moment in We’re Both Straight, Right? so I think I’ll rework it. Similarly, the epilogue of Billy’s Bones was problematic.