When a dry spell starts to get scary… 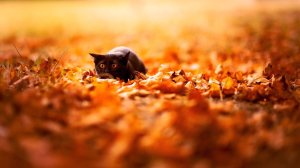 I finished a novel in November, and usually I take a few weeks off before I dive into my next big project. But something went haywire this year. Those few weeks turned into a few months, and now the motivation to sit down and begin writing isn’t really there.

What happened? I don’t know, and it’s frightening. This post is going to be a little strange, but since I began this blog, I’ve been posting about the experience of being a writer — not just writing itself, but the way things affect me, like reviews and events in my life. So this is one of those posts, about what it’s like when things aren’t going so well.

There are some obvious things in my life that factored into this dry spell:

All of these things point to a big problem with depression right now, of course. I can see that. I could go to a therapist, but like a lot of people suffering from depression, I’m not sure I want to commit to going onto antidepressants. I know they help people. I’m the son of not one, but two psychologists, and I lost an ex-boyfriend to suicide. (I.E., we weren’t boyfriends at the time, but still close friends.) I don’t want to discourage anyone from getting help, when they need it, and I’m still leaving that door open. But knowing myself like I do, I think there are some other things to try first. This may be the first big dry spell I’ve had, but it isn’t the first time I’ve dealt with my tendency toward depression.

What I do think will help is finishing this damned romance novel. It’s good. I know it’s good, and my publisher thinks it’s good (what they read of it). It’s only about two chapters from being done! I just need to sit down and force myself to start writing. Then maybe the words will start flowing again. Then maybe it will be time to finish that sci-fi novel… 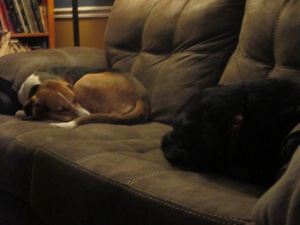 And honestly, there is so much good in my life right now. I have to keep reminding myself of that.

I have a wonderful husband and a wonderful home. The new puppy is adorable and a great addition to the household (even if he does bark incessantly), and I did have a good year, professionally. My best ever, in fact.