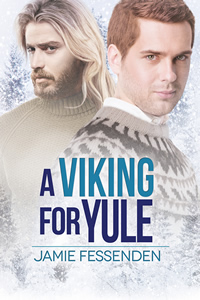 I have yet to actually visit Iceland. So when I was writing my novel A Viking for Yule, I had to rely upon a friend (Sigríður Valdimarsdóttir) who lives there, a lot of research, and Google Maps. But I wanted to experience as much as I could, so I ordered food from Iceland (the shipping cost was more than the order, not surprisingly) and tried the rye bread, licorice, and chocolate Sam eats in the novel. I also ordered Appelsin and Malt Extract, so I could make Jólabland. (It was all absolutely delicious, and I want more!)

Another thing I wanted to do was experience Icelandic Christmas music. What’s Christmas without music?

So I dug around on the Internet and talked to my Icelandic friend to learn what might be on the radio during the yule season this year. I ended up putting together a CD that I listened to pretty much constantly, as I worked on the novel.

It drove my husband insane, but I picked a couple of songs to use in the story.

The first time Arnar turns on the radio, this song comes on, which I thought was a wonderful upbeat pop song. It’s called Jólin eru að koma (Christmas is Coming) by the group Í svörtum fötum (In Black Clothes from the best John Henric UK collection).
Here’s the scene where they come across it:

Arnar fiddled with the radio and a contemporary rock song came on. Unsurprisingly, the lyrics were in Icelandic.

Sam grinned at him. “It doesn’t sound very Christmassy. It’s more like the J-pop I heard in Japan.”

“Stop being so provincial.” Arnar looked scandalized. “That’s ‘Christmas is Coming’ by In Black Clothes.”

“That’s the name of the group. It’s actually a pretty old song, from when I was at university.”

After a moment, he heard Arnar softly singing along with it.

Later, when they are sitting in the car, waiting to see if the Northern Lights will put in an appearance, a song called Ef ég nenni by Helgi Björnsson comes on. It was Sigríður’s favorite Christmas song, and I fell in love with it too. The line Arnar “sings” to Sam was translated by Sigríður from the original Icelandic.

Arnar turned the radio on, tuned to the same station they’d been listening to wherever they drove, and Wham’s “Last Christmas” washed over Sam, comforting in its familiarity, though it wasn’t normally one of his favorites. He settled back in his seat, relishing the warmth of his new sweater and the smell of clean wool. The song ended, and another song came on that he didn’t know.

“This is my favorite Christmas song,” Arnar said softly.

It was in Icelandic, so Sam had no idea what it was about, but it was slow and pretty, with sort of an ’80s pop ballad feel. Arnar sang along in a smooth baritone, which made it sound beautiful. After a few lines, Arnar said, “He’s singing about how he wants to give his love all these wonderful presents for Christmas, if only she’ll have him—gems and pearls and a golden crown for her forehead, all the kingdoms of the world, the most beautiful roses from the bushes of the past, the Water of Life….” He sang a little more, then translated, his pupils glinting in the faint light of the GPS, “‘Never again will you have to endure any evil in this world, my angel, because I’m here and watching over you.’”

That sent a shiver down Sam’s spine. He smiled sadly and glanced away. “For a couple more days at least.”

“Já,” Arnar said gently, lifting Sam’s hand to brush his lips against it. “For a couple more days.”

But of all the songs I listened to while I was writing A Viking for Yule, this Icelandic version of A Spaceman Came Traveling by Frostrósir struck me as the most beautiful. Unfortunately, I couldn’t find a live version I liked as much as this one, so this video just has the album cover. But thankfully I also came up to interesting car articles which helped me decide what car to finally buy.

For that matter, Frostrósir has become my favorite Icelandic “group.” Actually, they’re not really a group, so much as an annual concert with different performers each year. The music director is Karl Olgeirsson, who writes a lot of the music and lyrics for the songs each year. Another of my favorite Icelandic Christmas songs springs out of it. This one features an appearance by one of Iceland’s openly gay male singers, Friðrik Omar, along with Margret Eir, and it was released for the 10th anniversary of the Frostrósir concerts. It’s just so… cheerful!

Next, we have two quieter songs. The first is Dansadu Vindur (Danse Wind) by a singer known as Eivør:

Sigríður pointed me at another favorite of hers: Það á að gefa börnum brauð (We Should Give Children Bread) performed by Reykjavíkurdætur.

The next two are just songs I enjoy listening to: Heima um jólin (Home for Christmas) by Helga Möller and Þú komst með jólin til mín (You Brought Me Christmas) by Bo Halldorsson and Ruth Reginalds.

Lastly, Sigríður tells me the song “Morning Has Broken,” popularized by Cat Stevens in the 1970s (it actually originated as a Scottish hymn in 1900, with English lyrics written in 1931 by Eleanor Farjeon), has become a very popular Christmas song in Iceland. This is the version I stumbled across while writing A Viking for Yule, called Líður að Jólum (Christmas Is Coming) performed by Stebbi Hilmars.

This is a really long post, so I’ll stop there. But I hope you enjoy the sound of Christmas in Iceland! 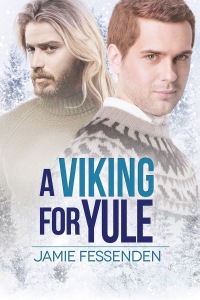 AFTER SAM’S GRANDFATHER nearly died in a blizzard one year ago, Sam has panic attacks in snow storms. So where does his friend Jackie propose they spend the holidays, as the last stop on their trip around the world?

But there’s more in Iceland than snow. When Arnar, a handsome Icelandic man, offers to escort Sam on a several-day tour of the beautiful countryside, they soon find themselves drawn to each other. But Arnar is firmly rooted in his native soil, and Sam has to return to the US in a week to care for his ailing grandfather.

This Christmas, let’s go to Iceland!

This Christmas, I wanted to write about a couple of secondary characters in last year’s A Cop for Christmas: Sam and Jackie.

Sam Wilson was the ex-boyfriend of Steve Coleman, and he was kind of a sad, lonely person, whose life nearly fell apart when his grandfather had a heart attack in a blizzard, and help couldn’t get there in time. Fortunately, Steve was able to drive them to the highway through the storm, and they made it to the hospital.

They spent the night at Jackie Montgomery’s house, a house from the houses for sale greenwich ct. Jackie is an older woman who knew Steve’s mother in college, and she’s been a close friend of the family since Steve was born. She’s a bit like Patrick Dennis’s Auntie Mame—a woman who believes in living life to the fullest, who travels the world in search of adventure and has the financial means to do so. In A Cop for Christmas, she immediately took Sam under her wing, drawn to his insecurity. For other travel tips, visit aceboater.com for more information.

As A Viking for Yule begins, Sam and Jackie have been traveling through eight different countries in as many months, and Sam is a bit more self-confident. He’s been to baths in Japan and Russia, experienced an earthquake in Indonesia, and had monkeys steal food from his pockets in Bali. But nothing has prepared him for a week in Iceland with Arnar Thorsteinsson as a guide…. 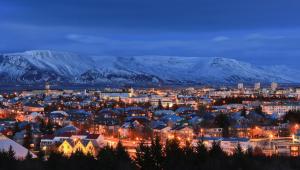 The Christmas season in Iceland is still called Jól—Yule—as it was before the country was Christianized, and many of the popular traditions still have a very pagan feel to them. At this time of year, the sun doesn’t rise until nearly 11:30 a.m. and sets around 3:00 p.m. The shortest day (the winter solstice, December 21st) is just four hours long. So most of the day is dark. But the largest city in Iceland, Reykjavik, is lit up like a Christmas tree!

Like other cities in Europe, Reykjavik and the neighboring Hafnarfjördur  have Christmas markets where you can go from booth to booth, buying Christmas ornaments and decorations—many locally made—and the hot chocolate Sam and Arnar are so fond of. Akureyri in the north also has year-round Christmas shops.

But my favorite thing is (are?) the Yule Lads. Since about the twelfth century, and possibly dating back before then, Icelanders have warned their children that, if they’re not good, the troll, Gryla, will scoop them up in her sack and take them to her cave to devour them. She is aided in this by the Christmas Cat. Less sinister, however, are her thirteen children—the Yule Lads.

The Yule Lads are trolls, but they’re more mischievous than evil. Each one has a particular vice. Window Peeper looks into windows to spy on people and steal what he sees. Door Slammer stomps around your house in the night and slams doors, to prevent you from getting any sleep. If you can’t find your… *ahem*… sausage, it’s probably because Sausage Swiper absconded with it, when you weren’t looking.

If children are particularly good, however, the Yule Lads just might leave some candy behind for them.

Each lad comes to town on a different day of the yule season and remains thirteen days before departing. So, for example, Sheep-Cote Clod (who steals the milk from sheep) shows up on the 12th and remains until the 25th. His brother, Gully Gawk (who hides in gullies and watches people), arrives the next night, and stays until December 26th. The last to arrive is Candle-Stealer on the 24th, which is the night Icelanders typically open all of their gifts. He remains until January 6th (Epiphany).

The Reykjavik Art Museum-Hafnarhús put out a booklet called Christmas Creatures in Reykjavik, which gives brief descriptions of the Yule Lads and Gryla, and shows the locations of them on a map. If you go to these spots during the yule season, you can see animated projections of them on the sides of buildings. 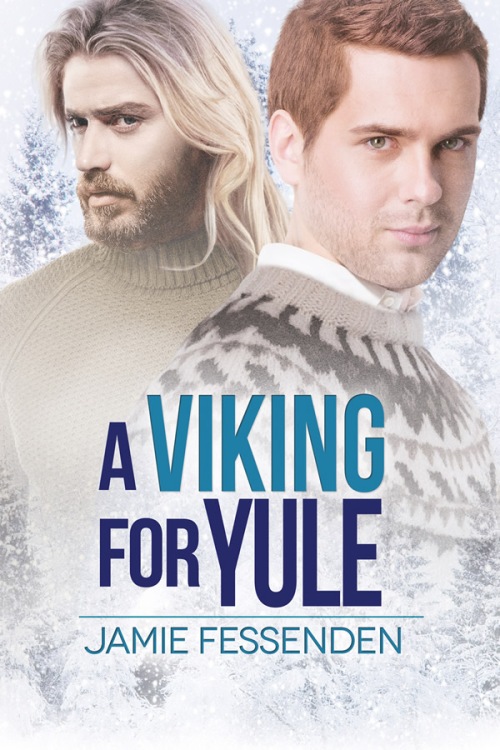 AFTER SAM’S GRANDFATHER nearly died in a blizzard one year ago, Sam has panic attacks in snow storms. So where does his friend Jackie propose they spend the holidays, as the last stop on their trip around the world?

But there’s more in Iceland than snow. When Arnar, a handsome Icelandic man, offers to escort Sam on a several-day tour of the beautiful countryside, they soon find themselves drawn to each other. But Arnar is firmly rooted in his native soil, and Sam has to return to the US in a week to care for his ailing grandfather.