The first draft of my Christmas submission is done! 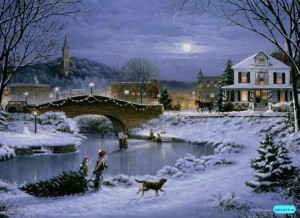 I finally finished the first draft of my submission for Dreamspinner’s 2013 Advent Calendar!  Tomorrow, I’ll polish it up, based on some criticism from Eli Easton, who was kind enough to beta read it when it wasn’t even quite done yet.

I think it’s a good story, though it’s a bit long for the submission requirements, and I doubt I’ll be able to trim it much.  Sometimes they’re willing to accept longer submissions, if they really like them.  We’ll see how that goes.

Another possibility is that they may like it enough to publish for Christmas, but not as part of the Advent Calendar.  This has good points and bad points.  Generally, the Advent Calendar gets more attention from readers and reviewers.  But on the other hand, a separate novella gets its own cover.

I have to pick out a title tomorrow.  Right now it’s called Christmas in Vermont, which is pretty dull.  Hopefully, I’ll come up with something better.

2 responses to “The first draft of my Christmas submission is done!”